2 Deaths I am Thankful For This Year 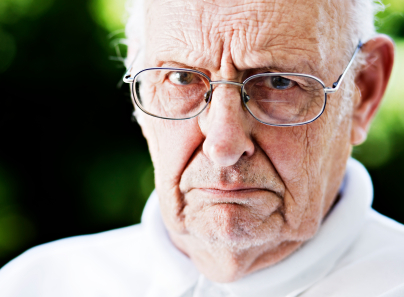 ‘Tis the season to count our blessings. Here in the US, tomorrow is a national day of Thanksgiving. This year there are 2 deaths that I am very thankful for this holiday season. Yes, you heard me right. I know that is rather dark, but I think you will agree.

The first death I am referring too was celebrated by web designers and developers around the world. He had been a wicked thorn in our flesh for nearly a decade. He stubbornly refused to die even though many wished his demise and daily cursed his very existence!

His refusal to get along with others or uphold any standards that the general community held dear caused us to constantly have to redo our work, or hack and slash our way to a working website. Many young designers brashly, yet naively, claimed to be free from his chains, only to be forced back into the shackles by an unyielding client who worked with this monster out of shear ignorance.

Finally this year even his own creator had had enough. Microsoft created a website to promote the death of IE6 and the world watched the countdown as the percentage of usage dropped below 2%, then 1% and now is only a small fraction of a percentage. And there was much rejoicing.

The second obituary isn’t quite so cut and dry. I remember when I first fell in love with her. She was so beautiful, so new, so different and so flashy. She could do things on the Internet that no one else could do. Everyone clamored to know her, everyone wanted to work with her.

But then the love affair slowly wore off. Web designers started to abuse her. Load times became horrendous and too often she was used just for show. Sure she looked great but she had no depth, no content and she wasn’t friendly to search engines. Many started to say, “just because you can, doesn’t mean you should.”

Like the fall of Man in the garden so long ago, the Apple proved to be her downfall as well. Steve Jobs refused to support her on the iPhone and even wrote a scathing open email to her creator. Others, like jQuery and HTML5 quickly stepped in to take her place. Eventually Adobe itself all but abandoned Flash and left her out to dry.

I owe much to Flash. I won the bid on the largest freelance job I have ever had thanks to a Flash presentation. My Flash skills helped me get into the company that I am currently with over 6 years ago. Only a few years into that job, ironically, I started steering us away from Flash, sadly her day has come and gone.

So tomorrow as I sit around the table with my family and give thanks, I will of course include my wife, my 3 boys, my friends and family, my job, my home… and the death of Internet Explorer 6 and Adobe Flash. They will all stare at me clueless with no idea what I am talking about. But you know, and I suspect most of you agree.

What are you thankful for this holiday season?