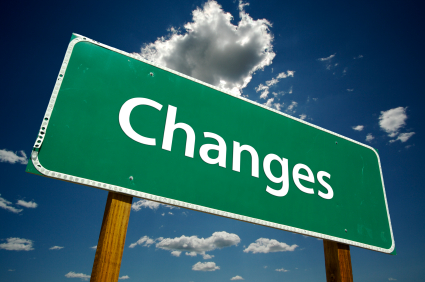 Habits are much more than chewing your fingernails or popping your knuckles without thinking about it. We are creatures of habit, and our daily lives are filled with habits that we don’t even realize we have, some bad but many which are not only good but essential to our sanity. In our web design career, it is important to be aware of our habits and consider which ones are beneficial and which ones are detrimental.

Habits are like well-worn paths through the woods. They are easy to travel, and we can follow them without thinking. Scientists have discovered that nearly 80% of what we do is out of habit, and this is a vital part of our daily survival. Think about how you get ready in the morning. I follow the same well-worn path every morning when I get up, take an allergy pill, take a shower, get dressed, comb my hair, brush my teeth, make coffee and breakfast, then head to work while I eat breakfast in the car. All of this is done on autopilot.

The downside is that if this routine gets thrown off, for instance, by my kids, then I run the risk of it impacting my whole day. I have learned that if I don’t take that pill first thing, then I will likely forget and regret it later. The upside is that we can learn to create good habits and leverage them for a better life and a more successful web design career. Imagine if you could go through 80% of your day on autopilot, doing tasks that are proven to drive your web design business forward.

Meta-habits: how to set good habits

The primary meta-habit is consistency! It takes 21 days in a row of consistently performing a task for it to be ingrained in your subconscious and become a habit. Spreading 21 days out over several months does not cut it. It must be 21 days in a row, period. If you skip a few days here or there, it can still be done, but it will take longer.

I have started using a great little app, called Lift. Lift is free, as of this writing, and it helps you to easily track habits that you are trying to form, and it will send you little reminders as well. There is also a social aspect to the app that allows you to follow or be followed and thus lend encouragement to each other.

The second meta-habit is very similar; it is simply getting started. Half of the battle is just showing up, consistently, every day. Remember, you don’t have to conquer the world all at once, but it will never happen if you don’t get started. Set small “getting started” goals. For example, I have a goal to write for just 15 minutes everyday. That is all the more specific the goal is. You can set time goals that you will work on something for so long, or quantity goals, that you will make X number of something, such as write 20 lines of code. The key is to not make the habit too big and to not set a “quality” goal. Quality can be subjective, and usually you don’t know when you have made something of high quality until after you are done, and sometimes much later.

Long ago, I discovered that one of the primary differences between a pro-photographer and an amateur is the number of pictures that they take. A pro will take hundreds of pictures for every handful an amateur takes. If you only press the shutter button when you are sure you have the perfect picture, you will miss a lot of great shots. Usually you don’t know which pictures will turn out until you are back at your computer, looking through them later. You learn and grow from mistakes, so creating a high quantity of something gives you lots of opportunities to see what doesn’t work. I’m not saying make a low quality product — just don’t let the perfect stand in the way of the good.

The third meta-habit is to create a pre-game ritual. Relying on motivation will ruin you. If you only work on something when you “feel” like it, you will never work enough to move forward on the difficult things that you don’t enjoy. Motivation and feelings fluctuate and are inconsistent, but having a pre-game ritual will help get you in the right mindset, despite how you feel when you begin.

Your ritual may be to simply get yourself a cup of coffee before sitting down at your computer, or maybe playing a certain song good and loud, or taking five to ten minutes just to sit quietly and meditate, or completing a short exercise routine. Think about any routine you may already have that helps you get in the right mood to work, and run with it.

The fourth and final meta-habit that I want to talk about is focusing on building an identity, rather than focusing on an end goal, which can be daunting. Think about what kind of habits a really successful web designer or web developer has, and focus on building those habits in your life. These are called identity habits.

For example, instead of focusing on landing a $20,000 web development project, focus on developing the habits that someone who would land a large project would. If your goal is to sell a $20k website and you only sell a $10k site, you may think that you failed. But making $10k off of one site is still great! A web designer who lands $20k websites has habits like spending 30 minutes each day on marketing, or reaching out to one new contact on Linkedin each day, or following up with a former client once a week.

Identity habits let you focus on what is in your control. Ultimately, you can’t make a large sale happen, but you can set habits that make it more likely to happen. Identity habits turn you into the kind of person who reaches the goals you have set and improve the way you think of yourself. When you have these successful habits, you think of yourself as the kind of person who succeeds, creating a feedback loop that builds on itself.

To state it simply: Focus on who, not what.

Good habits rarely happen by accident. Take these four meta-habits and use them to purposefully build the habits that you need to be a successful web designer.

In the comments below describe what habits you have found that have helped your web design success the most?